The pressure to measure the effectiveness of any form of coaching intervention can be intense. Coaches and sponsors both feel driven to demonstrate a high return on investment (RoI). Unfortunately, most of the attempts to measure RoI are not methodologically robust and hence don’t carry much credibility. In particular, they rely on self-report by clients and/or sponsors, who have vested interests in positive outcomes; and they lack evidence of cause and effect. The problem isn’t helped by the fact that effective coaching typically changes the goals people are working on, so any initial SMART measures agreed can become rapidly obsolete. Sometimes achievement of initial goals may not be a positive outcome at all!

Then there’s the issue of timescale. The simple, relatively shallow objectives tend to be achievable within the lifetime of the coaching intervention. But the deeper, more beneficial outcomes may not occur until much later. The most important outcome of coaching is often propensity – the creation of a capability for change that may only be exercised with future circumstances and opportunities.

When it comes to team coaching, the problem of RoI becomes even more complex. Now we have to deal with both collective and individual outcomes, which may or may not be compatible. (For example, it’s possible for everyone in the team to make individual improvements in performance, but without any significant positive impact on collective performance.)

Yet measurement in some form is an important part of the coaching package. Clients, whether individuals or teams, need some sense of whether they are making progress. The act of measurement stimulates reflection on process and often re-energises change. It indicates when new approaches or new thinking are needed. And, of course, it helps to reassure paymasters that all is well.

In our work with various kinds of teams, a pragmatic approach to measurement has emerged that makes it possible to assess both short-term actual outcomes and propensity for change. It does not necessarily lend itself to tick-box measures, nor to numbers based analysis. Rather, it relies on the quality of narrative in relation to five key questions

A simple yes or no answer isn’t acceptable here. What’s required is detailed evidence through example (a coherent narrative of change) and input from as many sources as possible – the team itself, its key stakeholders, the coach, and interested observers.

Appropriately, these questions are highly compatible with the team coaching process itself, so they can be built into the team coach’s interventions and become a significant part of the team’s learning about itself and its environment. 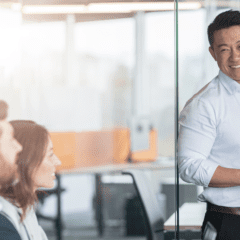 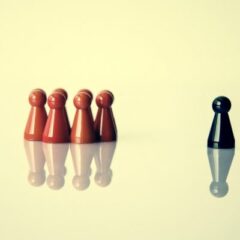